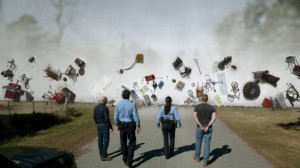 Under the Dome Radio podcast episode #23, hosted by Troy Heinritz and Wayne Henderson. Wayne and Troy get ready for season 2 of Under the Dome on CBS, talk a bit about Stephen King writing the season 2 opener, and more.  Feedback welcome at (904) 469-7469.