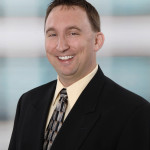 Hailing from the midwest, Troy is a Sci-Fi lover, Bad Robot enthusiast, Trekkie, and overall TV junkie.  Working at radio stations KQAL and KHME before relocating to Chicago, he has a broadcasting degree but also works in the technology industry in cloud computing.  Marrying these two specialities together, Troy is launching his podcasting debut with Under The Dome Radio.  You can follow Troy on Twitter @troyheinritz.

He is also an avid listener of the Packers Fan Podcast as he is part owner of the 13 time world-champion Green Bay Packers.

Wayne is the podcasting, voice acting, FRiNGE, LOST, and Green Bay Packers fan! He's been podcasting since August of 2005. You may have heard him on Southern California radio stations in the 1990s, through 2004. Or, you may have heard Wayne on his LOSTcasting LOST podcast, FRiNGEcasting FRiNGE podcast, The Voice-Over Journey, the Packers Fan Podcast, or Tuning In With Wayne Henderson podcast (all at http://MediaVoiceOvers.com).