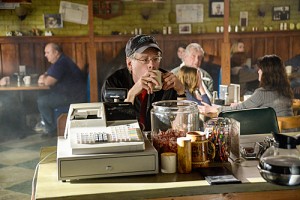 Under the Dome Radio podcast episode #24, hosted by Troy Heinritz and Wayne Henderson. Wayne and Troy share their initial reactions to the season 2 opener, “Heads Will Roll”, which was written by Stephen King! Your feedback welcome at (904) 469-7469. To listen on the website, see the player below.

Some of the items discussed in this episode: