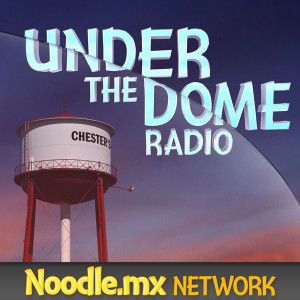 Under the Dome Radio podcast episode #22, hosted by Troy Heinritz and Wayne Henderson. Wayne and Troy are joined by Doug Payton and Karen Lindsay from the TV Talk Under The Dome show and Mark Des Cotes from the Solo Talk Media The Under The Dome Podcast! This is the first annual Under The Dome Roundtable discussion, moderated by Scott Hertzog from the SciFi Diner Podcast.