Under The Dome Radio special Kevin Sizemore podcast episode #05, Wayne and Troy are honored to interview veteran actor, Kevin Sizemore, who plays Paul Randolph on Under The Dome! Kevin was so generous in this interview; answering all sorts of questions about Under The Dome, filming in Wilmington NC, as well as sharing some excellent stories about things he has been blessed to do, due to acting. Mr. Sizemore also shares great advice for anyone interested in pursuing a career in acting! To listen to the interview right here the website, see the audio player below. 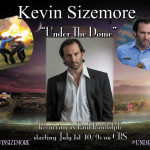 Kevin Sizemore – Under The Dome 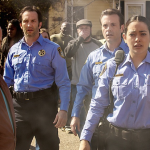 Kevin Sizemore, as Paul Randolph, on Under The Dome 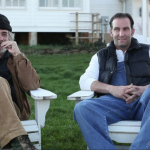 Projects that Kevin Sizemore discusses in this special interview on the Under The Dome Radio podcast:

* If you like Kevin Sizemore, and his character of Paul Randolph, pplease let CBS know how you feel! It's important to the actors that the CBS network gets your feedback. See all Under The Dome character bios here.
* Kevin's IMDB page.
* Useless Movie won Best Cinematography, Best Actor Kevin Sizemore.
* The 168 Film Festival, featuring Kevin & Gunner Sizemore's film Heartfall.
* Can I Get a Witness Protection? movie.
* Kevin is on Vine as “KevinSizemore”
* Kevin Sizemore is also on Facebook and Twitter.
* Kevin will be joining That's My Entertainment at San Diego Comic-Con this year.
* Watch the trailer for Kevin's movie, Redline, or purchase it, on Amazon here via our affiliate link.
* Look for Kevin on the USA Network's Necessary Roughness on July 17th, 2013. 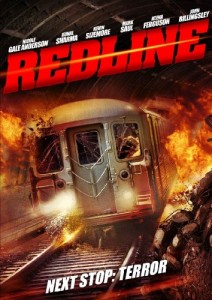 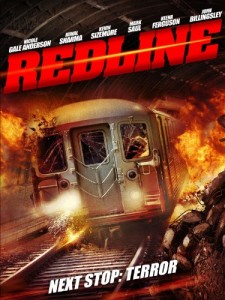 Buy Kevin Sizemore in Redline, coming out on Amazon Instant Video on 7/23/2013

Send in your feedback by using the Voicemail widget on the far right side of this site, or call (904) 469-7469, or email us at UnderTheDomeRadioPodcast@gmail.com

You can also help support our podcasting efforts, by doing all of your Amazon shopping, via our affiliate link, found in the right sidebar. Other ways that you can “show the love” are detailed at UnderTheDomeRadio.com/LOVE. Thanks!

Of course, you can also be part of the DomeHeads Community on Facebook here, Twitter here, and Google+ here.

Check out of all of the other podcasts produced by Wayne Henderson Media Voice-Overs at MediaVoiceOvers.com/shows. If you would like to add a professional voice-over to your business, your project, or even your own podcast, contact Wayne at Wayne@MediaVoiceOvers.com